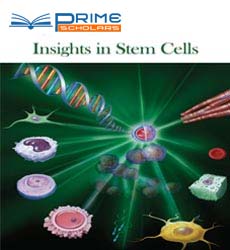 Alternative splicing is a key molecular mechanism for increasing the functional diversity of the eukaryotic proteomes, but it also often altered in cancer. Mounting evidence indicates that alternative splicing, the process that allows production of multiple mRNA variants from each gene, contributes to the heterogeneity of the disease. Although the mechanism of alternative splicing variant in cancer is unclear, the cancer-specific alterntive splicing variants have been observed in a variety of human cancers and have been connected to tumorgenesis. In recent years several reports have uncovered how DNA damage can induce splicing changes that give rise to mRNA variants encoding different protein isoforms with the potential to affect the cellular response and the cell fate2. However, the role of alternative splicing in radiobiology remains enigmatic. Hence the aim of our work is to study the radio-specific isoforms status in cancer cell lines related to apoptosis. For example, p73 isoforms can be divided into two groups: transcriptionally active p73 isoforms (TAp73) which induce apoptosis and activate transcription of cell cycle regulators, and N-terminally truncated variants (referred to as DNp73) which lack the N-terminal transactivation domain and inhibit TAp73 and p53 activity. Our findings have been reported that there is a differential ΔNp73 expression in response to different LET radiations, and down-regulated ΔNp73 expression might play a critical role in sensitivity of tumor cells2,3,4. Additionally, we tried to find new way used for detecting alterative splicing variants. We created an antibody microarray for the analysis of the expression of splice variants associated with cancer. Furthermore, we tried to find potential use of therapeutic approaches that target alternative splicing to enhance the radiosensitivity. Thus our work highlights the signifi- cance of variants in radiobiology and it might be targets for future therapeutic strategies.