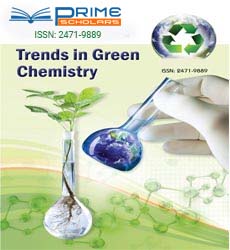 Background: The major part of a library’s stock is made up of paper-based materials namely books, these paper-based materials being organic, tends, to not only attract insects but also promote the growth of microorganisms. Neem is readily available in India and Libraries have been using neem leaves, to protect their collections from ancient times, even in the present times, many of the libraries use neem leaves as an organic means of controlling pests by placing stalks of neem leaves among the books. Thus, the insecticidal properties of neem are well known; however, its effectiveness in controlling the growth of microorganisms needs to be clarified, this study was conducted to validate the effectiveness of neem in controlling microorganisms that exist on library books.

Methods: Neem is readily available in India, in powder as well as oil form. Neem powder and neem oil would also be able to cover more surface area, hence these two forms of neem were considered for the study. The ditch plate method was performed to check the inhibitory actions of neem oil (Neem oil-methanol solution) and Neem powder (1.0 grams dissolved in methanol) on the organisms caused by the diffusion.

Findings and conclusions: Neem in powder and oil form was used in the experiment and its antibacterial properties were ascertained.